Blech. I don’t even know where to start. I am still so not in the mood to tell this story, but I know everyone wants to know the outcome. So here’s the bare minimum:

First, a word about the Medela scale we rented from Best Beginnings. I started using it a couple of days before the Big Switch to see how much milk she was taking in from comfort nursing. It worked great when she was a tiny newborn and you could easily lay her on it without much a fuss. It was incredibly difficult with her being 22 pounds and very mobile. It was tricky to get her to stay still, to  say the least. Many times I got an inaccurate reading. It would say that she had lost a 100 cc’s in an hour. During the times I think I got an accurate reading, it said she took in anywhere from 25 cc’s to 60. The one time I got 60 ccs (2 ounces), I had just napped with her for two hours and she was latched on the entire nap and I was compressing/hand expressing so much my arm hurt. Moral of the story: she is not getting very much from me at all, and what she is getting, is from me doing all the work to get it in her mouth.

Day 1 started at night, with her last bottle before bed. Before this bottle, we washed all her bottles together and said goodbye to each bottle and nipple. I let her put each one inside the bag. She loves to put things inside things these days.

The first morning was fine. I gave her a bit more food at breakfast. We stayed home and I had The Ladies out in full view, a lot, so she nursed more. Every time she nursed, I hand expressed and did hand compressions as much as I could. I gave her water in a sippy cup, but didn’t want to go over board and fill her up on water and defeat the whole thing.

By the afternoon, homegirl was CRANKY. I think it was less from hunger and more from just not liking the new routine of no bubba. I gave her a good sized lunch and dinner, and fruit smoothie with some breastmilk in it for snack.

Day 2, homegirl is VERY CRANKY. We have Tot Yoga class in the morning, and she does not want to participate. She usually loves class. It continues to get worse. Crying and fussing all day long. And her constipation begins in the afternoon, all the extra food and less fluid the day before do not make for a healthy gut. Getting her to sleep for her second nap of the day was absolute torture, she screamed her head off for 45 minutes. So unlike her at all. At this point, I am like [email protected]&k It! This is insane. I am torturing my poor daughter. I make the decision that I am going to give her a sippy cup of milk when she wakes up.

Instead of giving her the sippy cup, I try the Lact Aid again. Lo and behold, she latches on. She was so hungry she didn’t give a shit that she had tubing in her mouth. She took about an ounce and half from the Lact Aid. Now, I am elated! I think, OK! This excruciating, but maybe it might work! If I can get her to use the Lact Aid, it means I still have to pump, but it gives hope of her learning how to suck better and one day nursing without the Lact Aid!

Her constipation is getting worse and pretty much every hour, she is grunting and pooping out one little hard marble.

After this, I decide, sippy cup in the AM. I give her the sippy cup of EBM in the morning. She takes a good sip and then spits it out. We try again. Takes a sip and spits it out. Awesome. I try the Lact Aid again several more times throughout the day, she would take it here and there but still couldn’t transfer enough and she lost her shit again when I tried to give it to her while she was nursing to sleep for her nap.

Later, I try a different sippy cup. This time she takes a sip, and then spits out  a sip. So all day long I am handing her the sippy cup and the same thing. At the end of the day, she had taken about 2 ounces from the sippy cup and since she spit out half, that means she only got an ounce. An ounce. All day.

By evening time on Day 3, homegirl is EXTREMLY CRANKY. She looks sickly, and dehydrated and her constipation seems to be getting worse and more painful. I give in and give her a bottle of EBM before bed. We cuddle, and she lays her head on my boob. When I give her the bottle, she clutches it for dear life, with both hands and looks up at me. The relief in her eyes was piercing. She looked as if someone had just saved her from drowning. I weighed her the next morning and she had lost almost a full pound. 🙁

The next day, she perked up immediately. Her skin color got better, her mood was almost back to normal, her constipation got a bit better, but it took another full 24 hours to go away. I, on the other hand, was deeply sad for several days. It was as if, I was reliving those early post partum weeks all over again. The loss was just as painful. Although, I recovered much faster this time. I am still bummed of course, but I am done crying and instead focusing the good and staying very grateful for the comfort nursing.

Oh, and I cut out the evening pump the night I gave her the first bottle. I needed something good to come out of this. I didn’t get engorged at all. Which is pretty amazing for cutting out an hour pump session cold turkey. So I have been pumping only once in a 24 hour period, (granted its still almost a 1.5 hour pump session) but my supply has stayed steady for what she is taking in now in a bottle (15 ounces in a 24 hour period). It has been so wonderful to spend my evening free time sewing or watching a movie with Peter instead of freaking pumping.

I was really hoping to be able to be done with pumping and exclusively nurse, but that is just not in the cards for me.

Thanks again to everyone for their support, kind words and prayers. It meant the world to me. 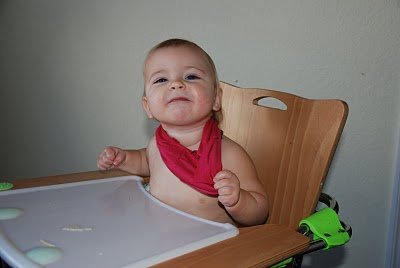 10 Healthy Foods My Toddler Will Eat 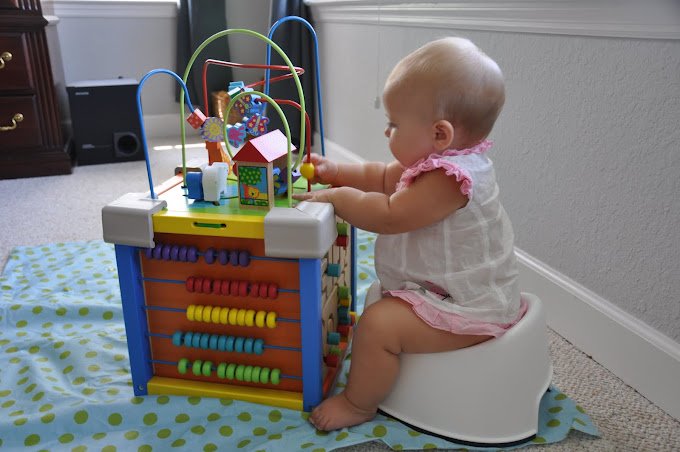