You are here: Home » Blog » Food » Healthy Fats DIY: How to Render Lard

Did you know that lard is a healthy fat? Unfortunately, a few decades ago canola oil started to be used as a substitute, but like bacon grease and real butter, lard is a great healthy fat to cook with. I had never cooked with lard until we bought half of a pig from a local farmer last year. My husband butchered it with a friend and we ended up with three large bags of pork fat in my freezer that I didn’t know what to do with. Luckily, a friend tipped me off that lard is really easy to render!

I used these instructions as a jumping off point and the result is beautiful, white lard that is divine for cooking (and makes for some delicious cracklins)!

To render lard from pork fat with my method, you’ll need: 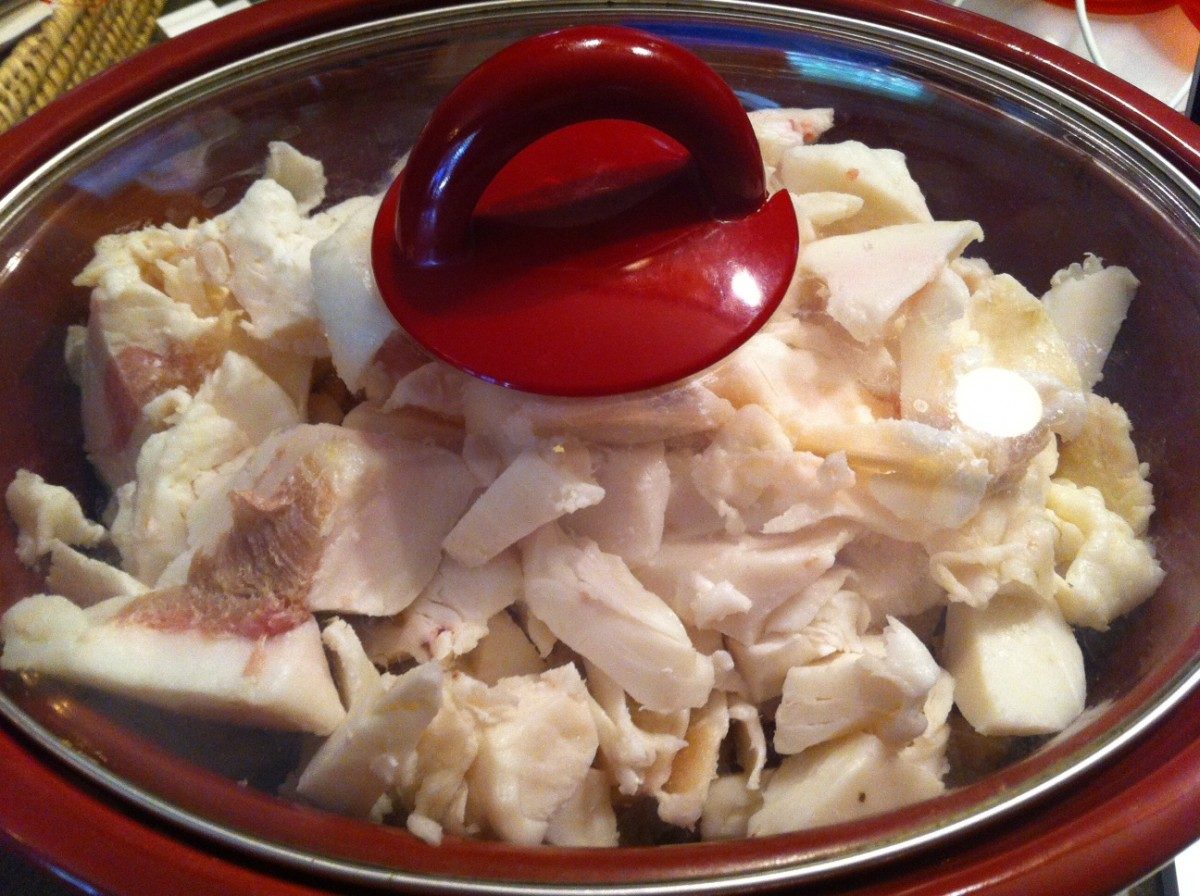 The process was far easier than I thought it would be and I felt like a bonafide Laura Ingalls Wilder in the kitchen! We’ve been using lard for almost everything lately! Granted, when we tried to use it to grease the griddle for pancakes the other day, they had a distinct flavor I might not want to repeat.