Is Your Breast Milk Good Enough?

The short answer:  Yes and no.

There has been hot debate on the internets these last few weeks about the quality of a woman’s breastmilk. Breastfeeding advocates got up in arms, guns blazing at some things that a Real Food blogger said as well as what Sally Fallon, founder of the Weston A. Price Foundation (or WAPF for short), said in her new book.

Basically it goes like this: WAPF says that the quality of a mother’s breastmilk is dependent on what she eats and that a woman’s body doesn’t magically make nutrient dense milk if all she is eating is fast food. Which is true and fine to say, but she also says that if you are vegan breastfeeding mother you are making such extremely poor quality and nutrient-deficient milk that commercial formula has more nutrition than a vegan mother’s breastmilk. Some have said that this is telling vegan mothers to stop breastfeeding and give their baby formula.

I love the WAPF. This way of eating has made such a huge difference in my life, how I feel, and I think it is nearly impossible to get adequate nutrition if you are a vegan based on mountains of food science, but also from my own personal experience as a vegan and the damage it did to my body. But I think to completely disregard the non-nutritional aspects and benefits of breastfeeding is NOT OK. Breastfeeding is so much more than nutrition. It is a pure act of love and bonding (and if you are new around here, you might not know I had to bottle feed and exclusively pump for my daughter and that I think that bottle nursing is as much of an act of love and bonding as regular nursing is).

The official stance of Mama and Baby Love is that, yes, what you eat matters. It is just intuitive. Of course what you put in your body is what you put out. But there is a lot of research that backs up my claims and you will find links throughout this post. What you eat is what you are feeding your baby in regards to breastmilk. If you are nutrient deficient, so is your breast milk, but keep breastfeeding! While it’s not just about nutrition, simple changes in your diet can make a big impact on the quality of your milk. There is no reason at all to stop just because you’re not eating well right now. It’s as simple as moving in the direction of a better diet.

Dr. Jack Newman, who I am huge fan of for helping women breastfeed, recently said on his Facebook page:

This statement means that he agrees that if a mother is deficient in nutrients, so is her milk. (Even though for the record, he is totally wrong about one dose of vitamin B12 being enough for several months worth of milk!)  Studies do show that a woman is able to produce milk regardless of diet and amount of calories, but WAPF is not talking about the AMOUNT of milk, or even the amount of fat in the milk, they are talking about the nutrient density of the milk.

Kelly Mom, a site that I truly love for helping breastfeeding mothers, notes:

Katherine A. Dettwyler, Ph.D., breastfeeding researcher and anthropologist, says women throughout the world make ample amounts of quality milk while eating diets composed almost entirely of rice (or millet or sorghum) with a tiny amount of vegetables and occasional meat.

I did some digging and found out the book she wrote on breastfeeding that discusses this issue never once mentions the nutrient profile of breastmilk. When she says “quality” of milk, she is talking only about the fat content and nothing else. The best part about Dettwyler’s book? She cites several studies that did not actually support the idea that nutrition does not matter.

Not to mention that throughout the Kellymom website, you will repeatedly find contradictory statements to Dettwyler’s citation. Most of the Vitamin page is evidence alone that nutrient deficiencies in the breastmilk are best corrected through the diet of the mother. The fat content page again demonstrates that what a mother eats changes her milk. Baby having food allergies? Mom’s diet is the source!

Even the CDC and American Academy of Pediatrics recognizes where a mother’s milk is deficient and recommends supplementation.

American Academy of Pediatrics, November 2008: “A supplement of 400 IU per day of vitamin D is recommended for all breastfed infants.”

Now, I’m not saying I agree with everything they say or they’re a fabulous source to use on this issue, but the fact that the CDC and AAP recognize that breast milk is deficient in vitamin D, so much so that breastfed infants need additional sources, is really saying something. Take that information and put it into the context of this study on maternal vitamin D supplementation and suddenly breast milk is a good source of vitamin D, enough that an infant does not need supplementation. And no, don’t even try blaming it on the sun. Plenty of traditional cultures such as the Inuit didn’t get adequate sun exposure to produce vitamin D, meaning their survival was dependent on consuming vitamin D in food to pass on to their babies in breast milk. Had their milk been deficient, their babies would have been deficient, and their milk was not “perfect” unless they consumed enough vitamin D.

Another issue that breastfeeding advocates are upset about is the fact that WAPF is breaking the WHO (World Health Organization) guidelines about not marketing or advertising breast milk substitutes. And I totally agree with them on this as well. If you can’t breastfeed and are unable to find donor milk and are planning to buy commercial formula, I am all for mothers knowing that making your own formula is an option. But it is not ok to promote/market/advertise the company that makes and profits from selling homemade formula kits.

Here is what I think is going on:

Breastfeeding advocates have done a ton of good for modern mothers in pushing back against all of the obstacles that we face in trying to do what is best for our babies. Unfortunately, there is a bit of zealotry going on in that some would rather cover up information or cherry pick studies or flat out lie about anything that might make breastfeeding look bad. And understandably so!

Mothers being told that their breast milk isn’t good enough has long been a tactic of formula manufacturers to get them to use formula when they would not otherwise need it. This is particularly nefarious in third world countries without access to clean water where using formula can actually be deadly. As I just mentioned, I understand the issues taken up with WAPF for advertising formula at the same time as saying breast milk isn’t always best.

So, I get it. Breastfeeding advocates want women to breastfeed and want nothing to stand in the way of that. And so do I.

But I am not going to lie to a mama for one second and say that the day she eats McDonald’s and the day she eats a grass fed steak with tons of vegetables that her milk is the same on both days. It’s just not true.

Through Mama and Baby Love, my mission is to inspire mothers to make changes in their lives and diet not only for their own good, but also for the sake of their children. Mamas and babies are a package deal and if mama isn’t taking care of herself, baby is going to suffer for it. This is true from preconception all the way to adulthood. No matter where you are on your parenting journey, children still need healthy parents to truly thrive.

Let’s not lie to ourselves about things like this. The uncomfortable truth is that gas, diarrhea/constipation, excessive fussiness, eczema, sleep disturbances, tooth decay, weight issues, poor immune system, etc. can be caused by poor nutrition and/or poor digestion during pregnancy and lactation. That continues on when you start your baby on solids, too. As your child grows, he will watch what you eat and your healthy habits. Your diet and health will affect your child his whole life.

So what do you do if you aren’t eating well? If you’d guess the answer is to just give up and formula feed, you’d be wrong. Nobody thinks you should do that. The logical conclusion is start taking care of yourself. It is easier and cheaper to support your own health than to just quit breastfeeding and make formula. The take away from this whole discussion should never ever be (and never has been) that you should quit breastfeeding. The lesson is take care of yourself so you can take care of your babies. Which of course, is what Mama and Baby Love is all about.

So to answer the post’s title question, is your breast milk good enough? Yes, it is. Because breastfeeding is not just about nutrition. But don’t you want your breast milk to be even better?

What do you think, readers?

22
Postpartum is 3 Years, Not 6 Weeks How I Almost Became The Smug Mom 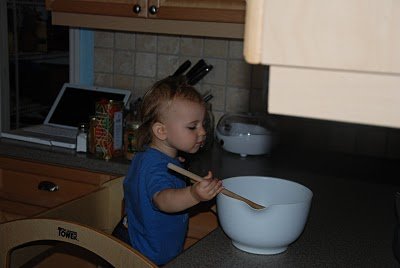 This Moment: Love My Learning Tower 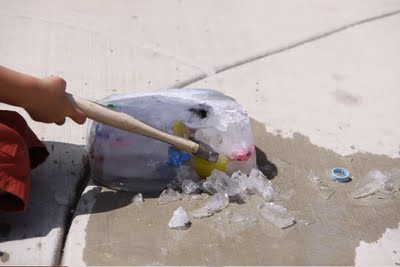