So this was supposed to be a post about toddler smoothies, but as I started typing, it digressed into a post about raw eggs.

Oh, Lord Jesus, save me now,  I just might kill him.

Anyway, so then he loses his mind and says that I should have talked to him about putting raw egg in her smoothie before doing it and that he doesn’t think it’s a good idea because she can get salmonella, blah, blah, BLAH.

So then I lose my mind because he is essentially saying I am putting her in harm’s way, and here I am busting my ass to give Penelope 100% perfection in regards to her nutrition. I can’t freaking STAND IT when people make fear based decisions and have not done any research whatsoever to back up their purely emotional reaction. The argument ends with me stamping me feet (seriously) and yelling, “I am RIGHT and you are WRONG!”

Once I calmed down, I apologized and said I should have known that he would like to have a say in what goes in her smoothie (I love him, but good grief, the man has to have a say about EVERYTHING) and that he needs to do his research and back up his statements before we can have a civilized conversation about what is best for Penelope later.

So now I have to gather my research and present my argument to Peter and all of you get to come along for the ride.

First off, know your source. I would never in a million years give Penelope conventional, industrial raw eggs from the grocery store. Not even regular organic, “free range” eggs. I only give her eggs that I go and pick up myself from the farmer. In a pinch, I will buy farmer eggs from New Leaf, but that rarely happens anymore.

Here’s a quote one of my favorite blogs, Nourished Kitchen:

Raw egg yolk tends to get a bad rap – and it’s unfortunate that consumers have become so fearful of their food. While everyone recognizes potential dangers of food borne illnesses, like salmonella from raw eggs, what they don’t consider is that only about one in every thirty thousand conventional eggs is infected and the incidence is even less among pastured eggs in which hens are kept in optimally healthy conditions: on grass with free access to consume the foods most natural for them. Raw egg yolk, are a potently rich source for two nutrients critical to health: biotin and choline. They are also rich in omega-3 fatty acids, lecithin and enzymes.

Here are a couple of links from the Weston A Price Foundation website:

This one talks about how egg yolk supplies cholesterol needed for mental development as well as important sulphur-containing amino acids. Egg yolks from pasture-fed hens or hens raised on flax meal, fish meal or insects are also rich in the omega-3 long-chain fatty acids These fatty acids are essential for the development of the brain. Parents who institute the practice of feeding egg yolk to baby will be rewarded with children who speak and take directions at an early age. The white, which contains difficult-to-digest proteins, should not be given before the age of one year.

This one says that eggs have been a highly valued foods since the beginning of time—eggs from chickens, ducks, geese, turtles and fish. Egg yolks are the richest source of two superstar carotenoids—lutein and zeaxanthin. Not only are bright yellow yolks loaded with these fat-soluble antioxidant nutrients, they are more bioavailable than those found in vegetables, corn and most supplements.While these nutrients have a reputation of combating macular degeneration and cataracts and supporting overall healthy vision, they have a long list of other benefits, including protecting the skin from sun damage and even reducing one’s risk of colon and breast cancer.

There is even some information about egg allergies (usually kids are allergic to the egg white, not the yolk) and how many eggs to give a child per day (as many as they want!).

Another quote from of one my favorite blogs, The Healthy Home Economist, from her post about The Right Way To Feed Babies, she says:

Children who receive sufficient omega 3 fats in their diet tend to speak clearly and understand verbal direction from the parents at a very early age. I just went back and looked at my children’s baby books and all 3 of them (even the boys) spoke short sentences by 15-17 months of age (with first words at around 7 months). While these sentences were very simple (“Get that”, “Don’t want that”, “More of this”) I have no doubt that getting ample omega 3′s from their diet played a big part in their ease of communicating at an early age with clear enough diction to be understood by even those outside the family.

I mean really, do I need to say anything more after that?

Penelope is right on par with her verbal skills, which is pretty awesome, considering almost everyone (professionals we worked with when trying to get her to nurse) told me she would have speech problems from her tongue tie and TMJ. And she astounds me by how much she understands. Pretty much everything I say to her she understands completely. Her perception of what I am saying is 100% right on. Now, I do spend a fair amount of time talking to her, reading to her, doing baby sign language and other things to build her verbal skills, but I really think the egg yolks play a huge part in her intelligence.

I feel that good nutrition is so important in general, but even more so for the first 3 years. What she is eating now is setting her up for the rest of her life. Maybe its a little fanatical, but I think egg yolks are going to make a major difference in her mental success later in life. I have no doubt in my mind that Penelope will be smarter and more emotionally balanced because she got enough omega- 3 fats in her diet early on.

I found this analogy on another blog and I think it explains the difference between raw egg yolk and cooked well:

Imagine a delicate crystal vase. Now imagine someone smashes it with a hammer and then tries to convince you that it is the exact same vase as before they destroyed it because, hey, all the pieces are still there. Well, obviously it’s not the same. It not only looks different, but it can’t perform the important function of holding fluids or displaying the beauty it had prior to being smashed with the hammer. Well, an unheated egg yolk may seem similar to a cooked egg yolk, but it is far more complex and precise. We just don’t appreciate that as we can’t see it at the molecular level. If we could, the picture would be just as clear as with the vase.

So, to my dear husband, while I appreciate your concern for our daughter’s health, and yes I should have asked you first,  please stop acting like I was putting a rice krispy treat and some goldfish in her smoothie. I have this area of her life under control. Not only do I have it under control, but what Penelope is eating is very close to absolute perfection. You can thank me now, or thank me later,  as in, when she has a full ride to Stanford Medical school.

And Mamas, if anyone gives you shit, just print this out and stamp your feet! 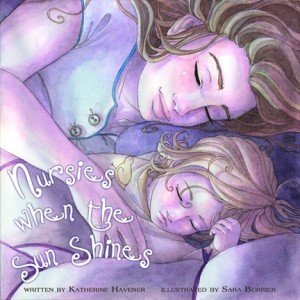 Nursies When the Sun Shines 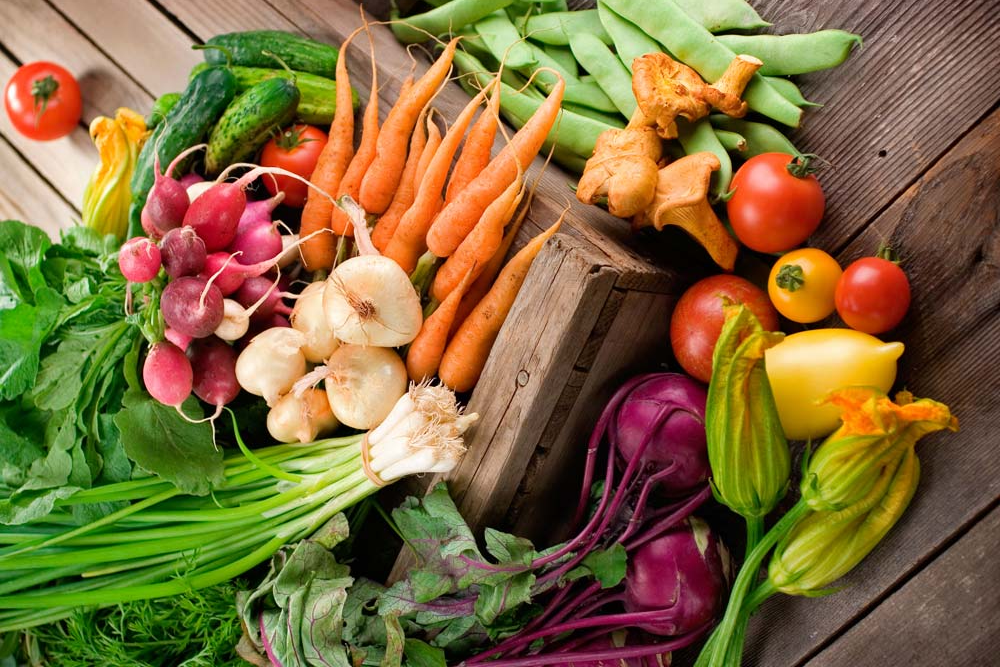