You are here: Home » Blog » Food » Sort Of Healthy Cupcakes

These are sorta healthy cupcakes because they use really high quality, real food ingredients. If you are gonna eat a cupcake, might as well use pastured eggs, real milk and butter! I made these for a July 4th party we went to, I was trying to make a patriotic version of a rainbow cake without using food coloring. They were so tasty! 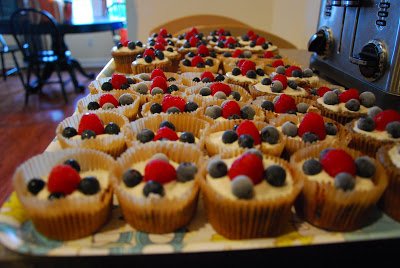 Everyone raved about how moist they were and my husband devoured them! Truth be told, so did I! I didn’t let poor Penelope have any, but she learned the word cupcake. I was able to hold out on giving her any sugar at all, no juice, nothing, till she was 2 years old. I know it can seem harsh, but there is really no reason to give them sweets so young, its only a matter of time before you can’t control your kids sugar consumption, so I am all for holding out as long as possible.

First step to making these Sorta Healthy Cupcakes, get your cutie set up in the Learning Tower. 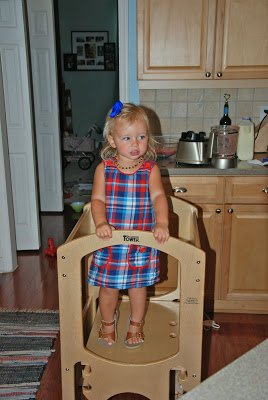 She is such a cutie! I miss that baby face so much! I had intentions of making her a July 4th dress that year, but her little Mini Boden dress she had was perfect, so I saved the fabric and made her a dress two years later. 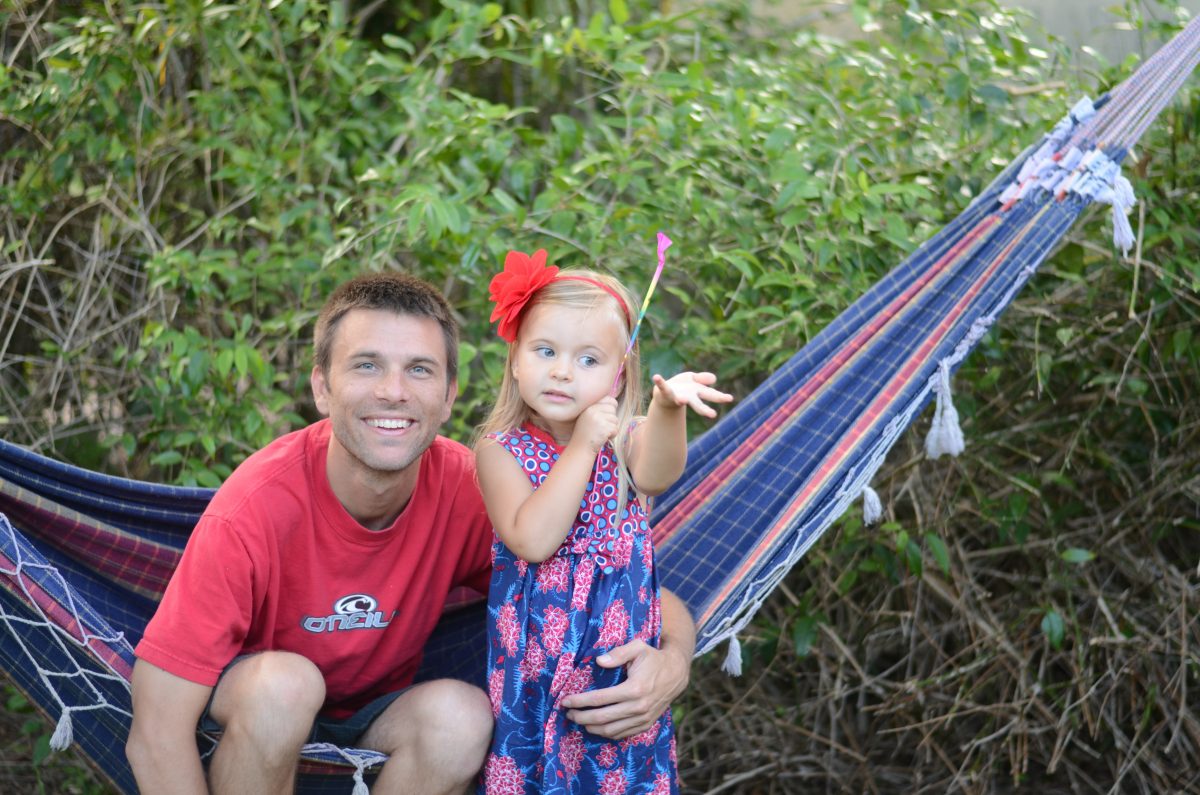 Now, for the secret ingredients! I used pureed blueberries in one batch and pureed strawberries in the other, just like I did when making Penelope’s first birthday cake. I used local blueberries that I picked and froze a few weeks ago. 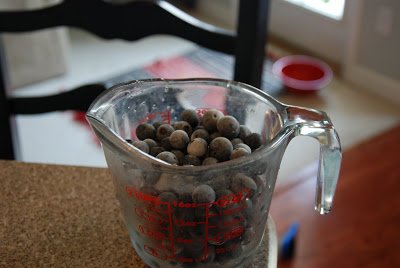 I bought 10 pounds of blueberries and put them in the freezer. Penelope actually likes to eat frozen blueberries better than fresh ones! I think it must feel really good on her budding teeth (side note-I later found out she likes frozen foods because she under responsive with some foods and over sensitive with others because of her Sensory Processing Disorder).

I just love the way the bright color of the fruit looked against the bright orange pastured egg yolk and grass fed butter. 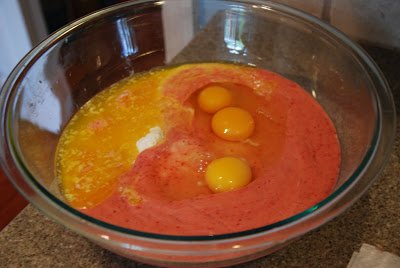 I used this organic gluten free mix and raw milk. Going grain free and using natural sugar like honey would have taken these cupcakes to another level of healthy eating. I have some great recipes in my gluten-free/grain-free baking cookbook if you are interested. 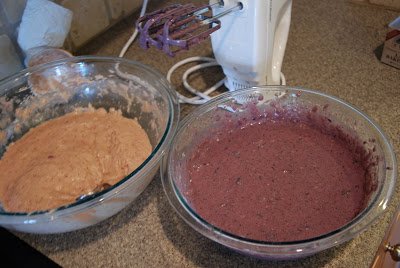 For the first round, I did strawberry, blueberry, strawberry, trying to get a gradual linear stacking, a la ombre, of the colors. 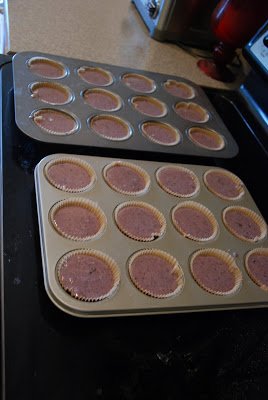 The second round I just did what. ever. Because this is what the inside looked like no matter what. It was actually pretty cool looking, like a tye-dye art project. 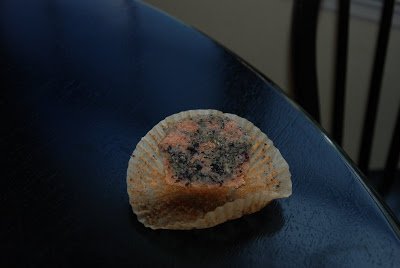 Lastly, I put raspberries and blueberries on top to get the festive colors. I was hoping to print out and make these cupcake toppers, but maybe next year! 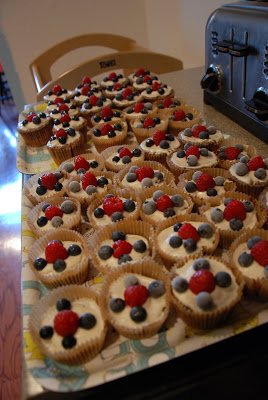 P.S. These are the cupcake liners I used

Hope you enjoy these as much as my family did! If you make them let me know in the comment section.

And if you are looking for more blueberry recipes, click here to find all of mine. 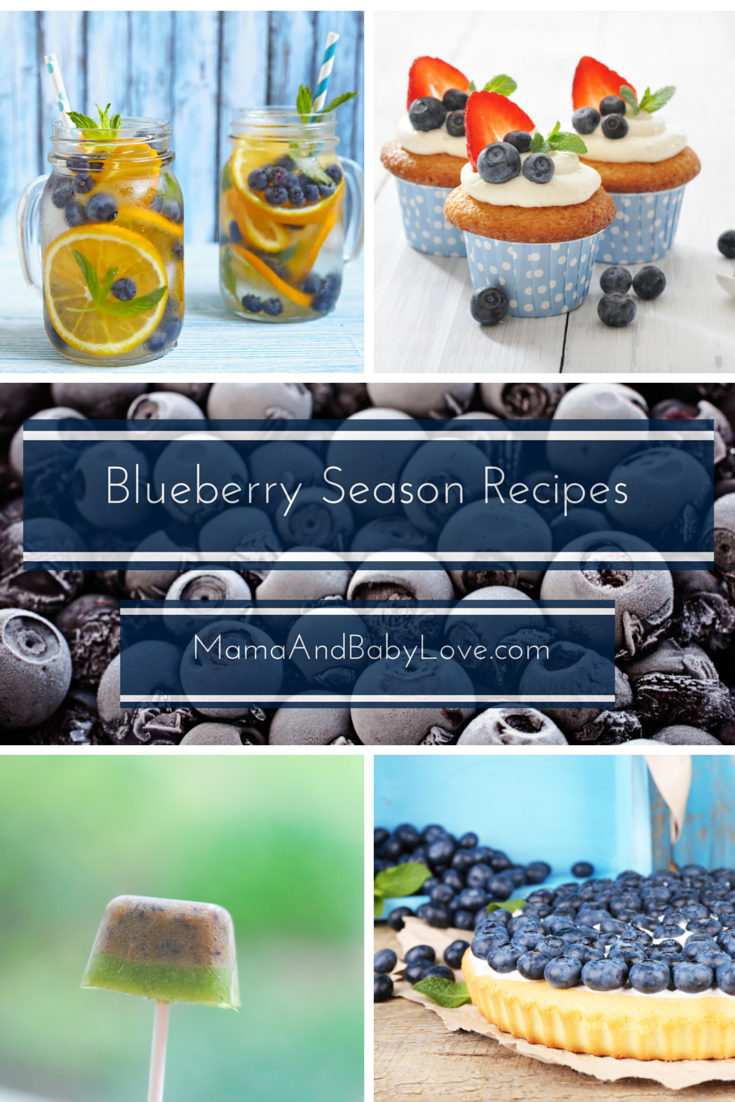 Our Lady of La Leche
Next Post: Tips for Traveling with Toddlers