Did you know that a baby’ first foods should be egg yolk and not a cereal?

I don’t know how or why this information slipped through the cracks, and why on God’s green earth that pediatricians and a whole host of other “professionals” recommend you should give your baby rice cereal or oatmeal as their first foods.

Rice cereal or oatmeal is about the worst possible thing you could give your baby. It’s way up there with putting grape soda in a baby bottle, or letting them crunch on cheetos. Now, if you gave your baby rice cereal, don’t freak out. Don’t spiral into a depression either from the guilt. How were you supposed to know that babies don’t have the enzymes to digest grains?!

It was only by chance that I got this information before Penelope was eating solids. I could have very easily given her grains as her first foods. When I was a nanny, I was mixing up oatmeal cereal for my babies, just like everyone else. But I thank God that her digestion was spared, especially knowing what I know now (after reading this book) about the poor digestion she inherited from me (which I inherited from my mother and grandmother) and her increased probability of having autism, ADHD, bi-polar  and a host of other digestion-based disorders (that run in my mother’s side of the family).

If your child has inherited a good digestion, then you could introduce grains at about age 2, or when their second-year molars come in. That’s the biological sign that their bodies are now able to produce amylase, the digestive enzyme needed to digest grains and carbs. Up until that point, they don’t have it in their system, and grains will sit in their digestive tract and rot or leach into their blood stream, causing all kinds of auto-immune inflammatory reactions like eczema.

If your kid is like Penelope and got the short end of the stick digestion wise, you will need to be really careful about diet and limit grains completely or as much as possible. And definitely be 100% gluten free.

So what should a baby eat when it’s time to introduce solids?

First you get some really good eggs. By that, I mean eggs that are pasture-raised and from a local farm. If you don’t think there are pastured, farm-fresh eggs in your area, ask around, you will be surprised at how many people are keeping chickens these days and have some eggs to spare. 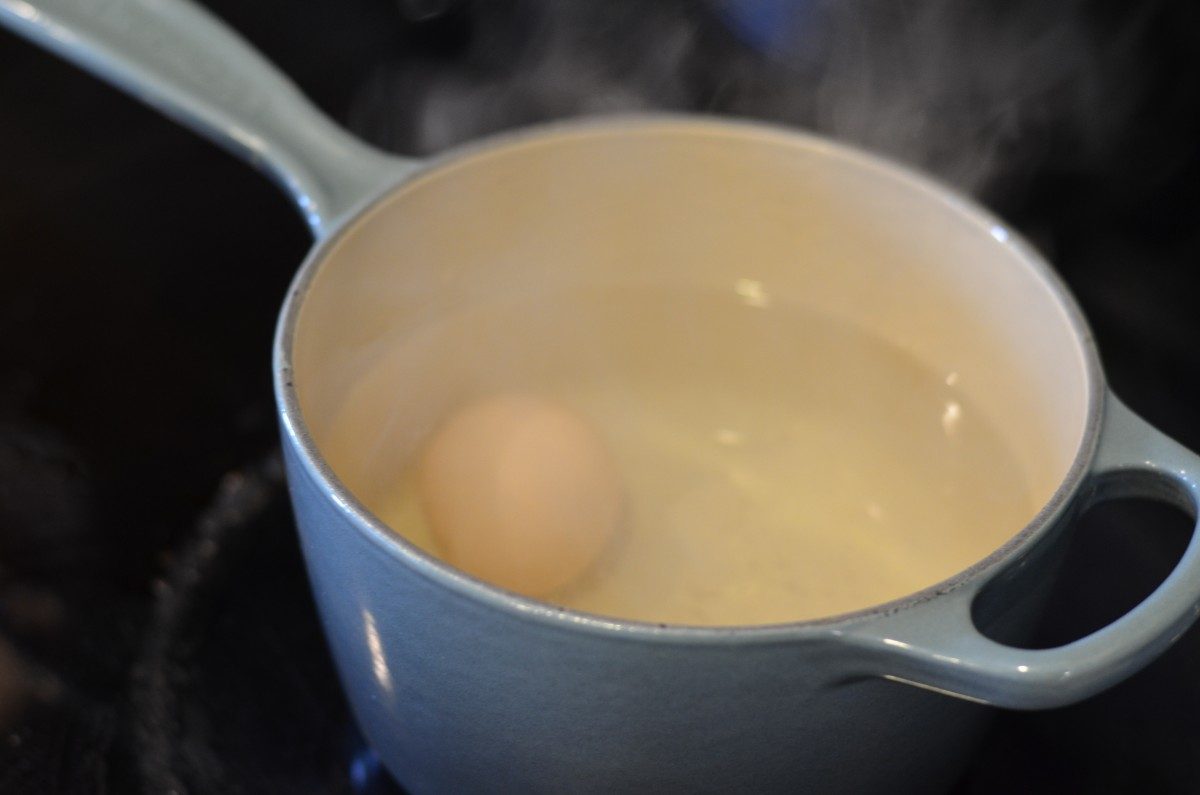 Then boil the egg for three minutes. Just enough so that the whites are hard but the yolks are still liquid. This part is important – we’re aiming for the consistency of baby food. You are giving them just the YOLK, not the white part. 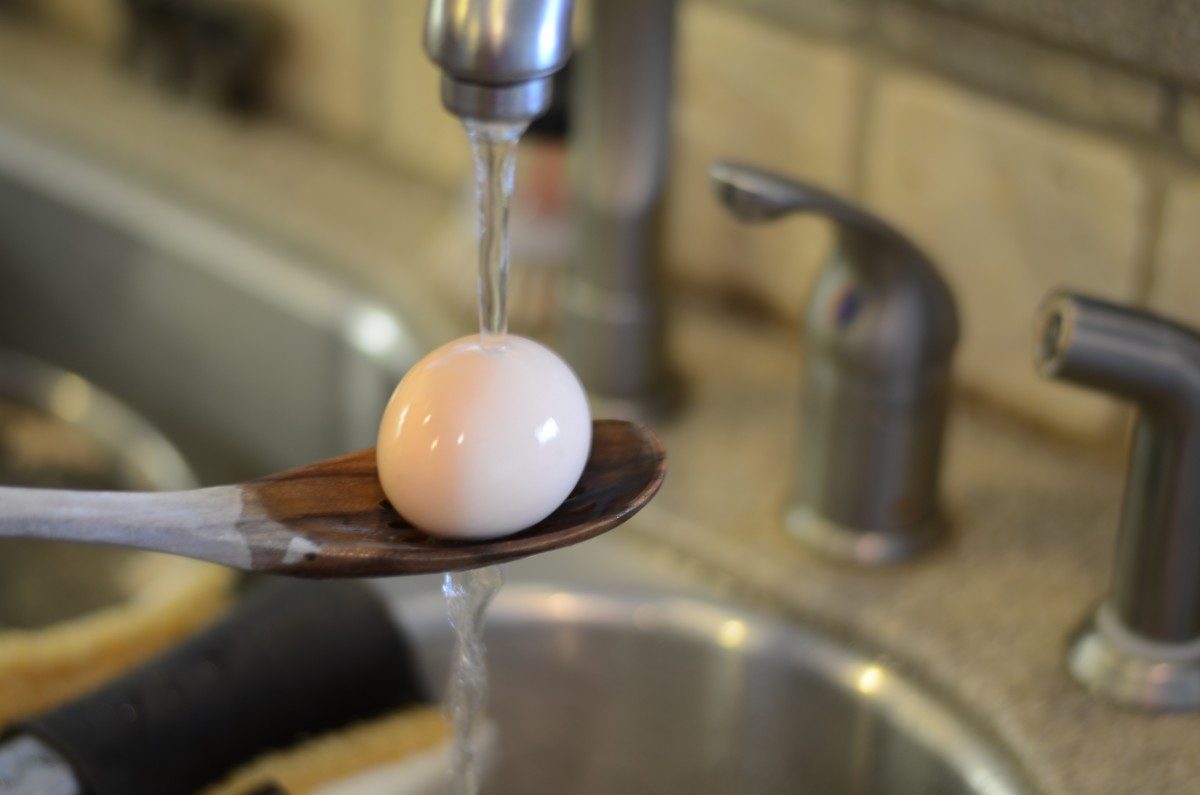 Take it out of the boiling water with a slotted spoon and run it under cool water for a minute to dissipate the heat enough so that you can handle it. I didn’t figure out this tip for a long time, so I used to wear huge kitchen mits and would fumble around with cracking the egg while wearing the stupid mits (because you don’t want to set it on the counter to cool or the yolk will harden from the residual heat) and looked like a total buffoon. 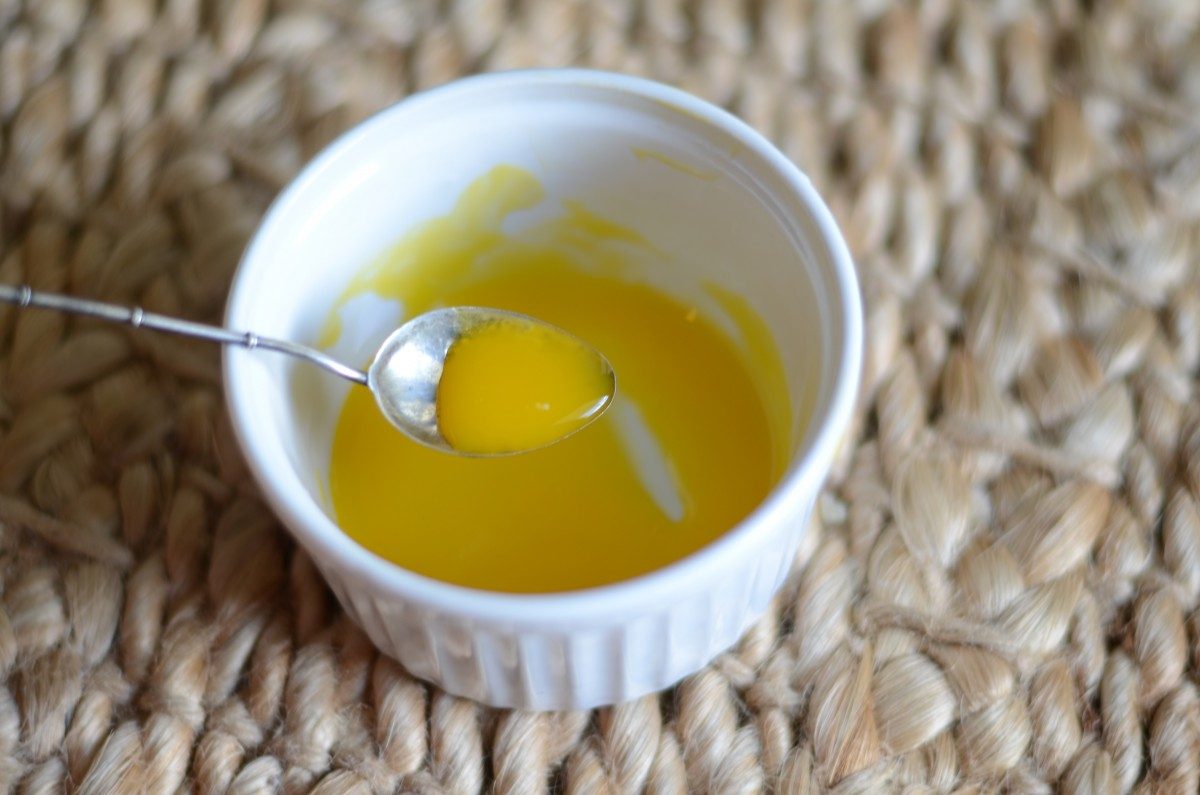 Then crack the egg and pierce the egg yolk and let it drip out into a bowl. Add a little pinch of salt, mix it up and spoon feed your baby nature’s almost perfect nutrition.

I am convinced that a huge part of Penelope’s brilliance is because of her diet. The girl is really, really smart. I swear I am not saying this to brag! It’s only to drive home the point of how important the food we put into our kids’ bodies is, not only for how they will grow physically, but mentally as well. Penelope was signing words at 6 months, walking at 9 months, knew her ABC’s by 18 months, full sentences by 24 months, and just a couple weeks ago starting writing her long-ass name, at just-turned-3. Now granted, a part of her brains is from her super smart engineer father, and I am not the dullest light in the box, but still – food is so important!

She literally radiates good health. She is gorgeous and her facial features are all perfectly proportioned (scroll through this article to see pictures of what I mean), teeth evenly spaced, not crooked and not a single cavity to be had. She was a very chubby baby and continued to be thick and healthy. Her skin is always vibrant, never pale and sickly. Part of her radiant health is other things too, like continual chiropractic care, acupuncture and massage. Part of it is genes; my mother gave us poor digestion, but she sure was pretty, too.

Just FYI, we did baby led weaning with Penelope. This means that after she got used to eating an egg yolk, she ate bits and pieces of whatever meat, fruit, and veggies we were eating (and because most of our dinners were slow cooker freezer recipes everything was soft and easy to digest for her!). I never pureed food, after I experimented with it at the very beginning and decided making baby food was way too much work. Baby led weaning is not only a healthy option for feeding your kids, it saves a shit ton of time. If you are hell-bent on making baby food, that’s awesome, good for you, this is a baby food maker that I like.

Penelope eventually stopped wanting to be spood fed egg yolks, and wanted to eat them scrambled or fried. She also started getting one egg yolk (totally raw) in her smoothies. Later I upped that to two egg yolks per smoothie.

Start your child on one egg yolk a day, but if they are hungry, keep feeding them! You can give them as many eggs as you want. I would give Penelope her egg for dinner, to help fill up her tummy for the night (like most parents are trying to accomplish with rice cereal in the bottle before bed).

If I just totally blew your mind and you have never heard about anyone giving their baby egg yolk as a first food, then definitely check out this ebook by Heather Dessinger, aka Mommypotamus. It’s filled with great information about how to feed your baby right and give them the best start that they deserve, including super easy-to-understand scientific information. Beautiful Babies by Kristen of Food Renegade is also a great resource. And my book Maiden To Mother: The Mama and Baby Love Guide to a Conscious Childbearing Year is a reader favorite as well.

67
Flavor in Your Front Yard: Starting an Herb Garden My Favorite New Way to Wash My Face: Natural Oils 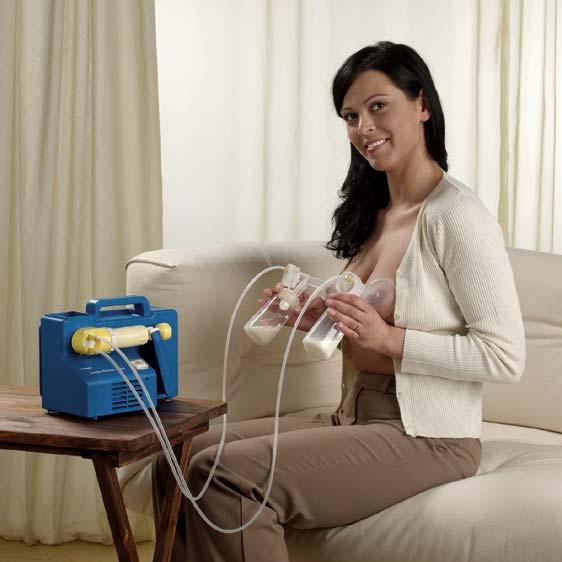 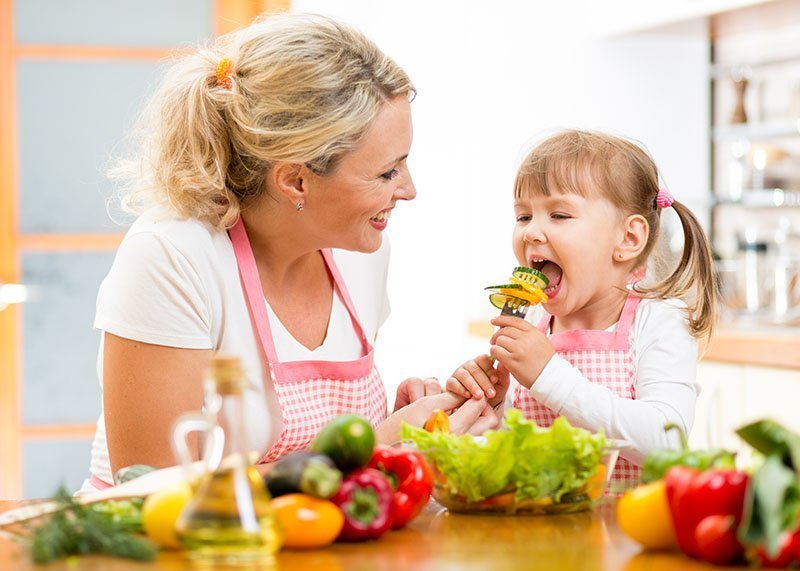 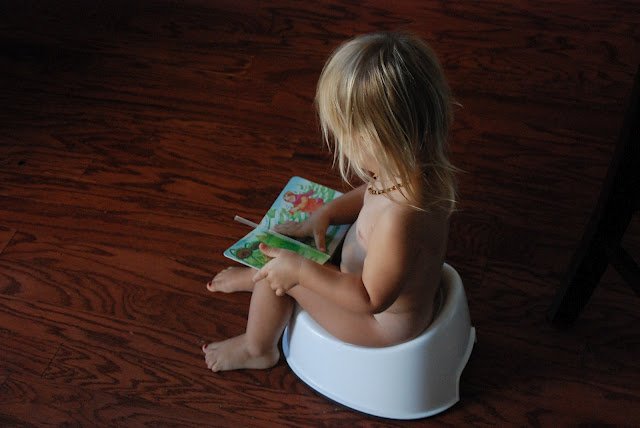