I am SO proud of this little ditty. What do you think? It was my very first time sewing something other than a dress.

Shorts! Oh, the doors this opens for me. Pants are next.

I was lucky enough to borrow my neighbor’s sewing machine since mine has officially crapped out on me. I had no idea how LOUD my sewing machine was until I used hers. Hers has this quiet little hum. Mine sounds like a diesel truck! It’s so loud, I can’t even sew while Penelope is sleeping because it will wake her up. I need a new sewing machine don’t I?

I used a pattern I found online for the shorts. You can see it here.  Her pdf was for a 2t size, but when I cut out exactly as the pattern is, they were way, way too small. Oh well, I made some very tiny and very cute shorts for a friend of mine that is having a baby girl at the end of the summer. 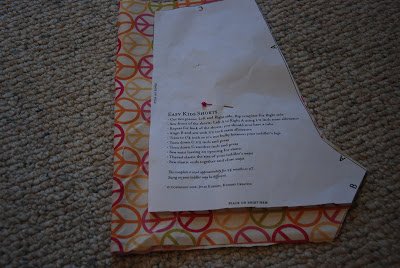 I hear there are ways to enlarge a pdf, but my brain is much too small for such things. This is what I did instead. I pinned the paper to my fabric and gave it about an inch and a half wide berth around the edges.

It’s called the Good Enough Stephanie Way. Much to the chagrin of my husband, who does things the Absolute Perfection Peter Way.

Then I used a tank top of Penelope’s to measure the length, width and armhole size for the top part the jumper. It is essentially what a pillow case dress looks like in the beginning of the project, but smaller. 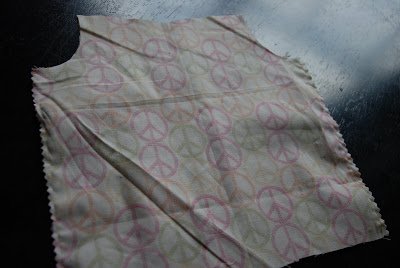 I sewed along both sides, stopping at the armholes and then finished with pinking shears since I don’t have a serger. 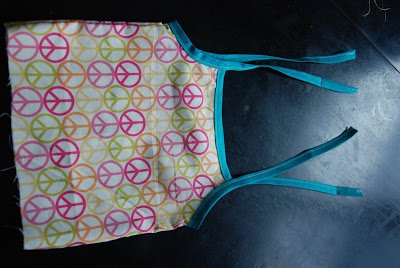 Then I used bias tape to finish the edges. You can learn how to use bias tape here. 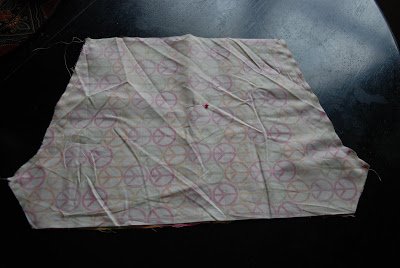 Then onto the shorts. After you cut them out, unfold your fabric and lay them right sides facing. 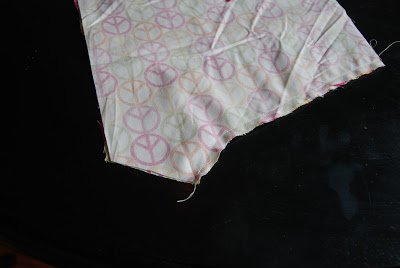 Then sew up the sides, stopping at the crotch area. 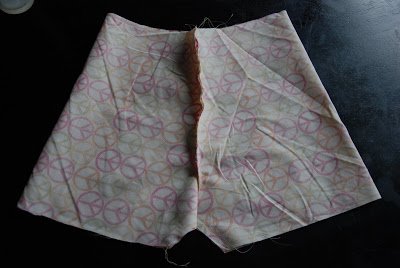 Now you have a tube of fabric. Lay it so they look like shorts, with the crotch at the bottom. So along the crotch area. 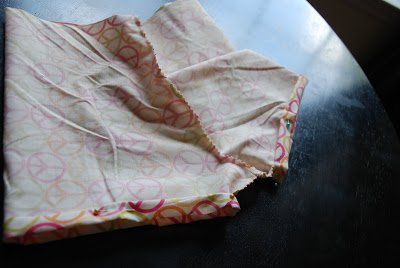 Then fold over once then twice, on each leg and pin in place. Then sew. 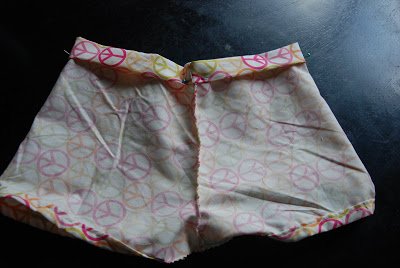 Same thing at the top. On the tiny pair I made, I put elastic in the top. I wanted to put elastic on the legs too, to make them like little bloomers, but I didn’t have enough fabric to make a large enough casing. Elastic is very easy, you can see how to make a casing and use elastic here. 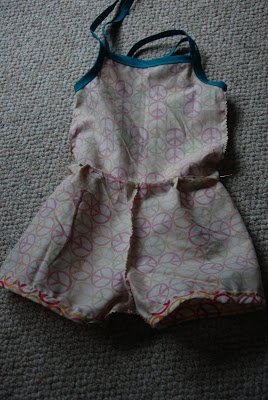 Then turn both the top and the bottom inside out and pin together. 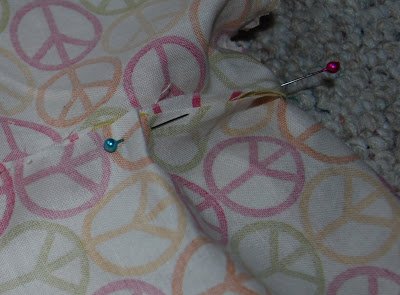 You pin the pieces right side facing. And sew together. My shorts were wider than the top, so I made about 4 pleats as I was sewing the top to the shorts. 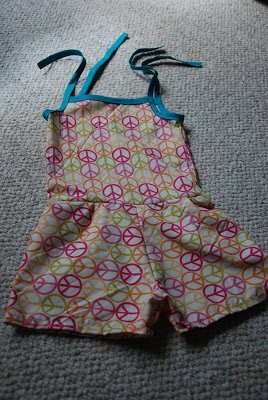 Then turn back right side out and viola! So cute, right?! I thought I was going to add elastic to the middle, but when I tried it on her, it fit perfectly with no room for elastic.

Also, because the first shorts I cut out were too small, when I cut out the second pair I had to lay my fabric the opposite way to have enough fabric. Thus, in the shorts the peace signs are going horizontal and in the top they are going vertical. I would have preferred them to be the same. 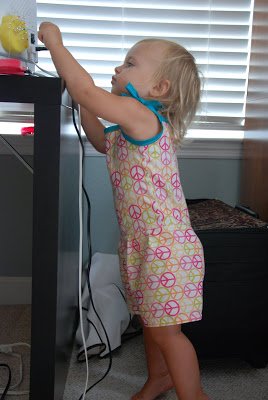 Here I am letting her play with pins so I can get a shot in good light. I am an awesome mother, I know. Whatever, it’s good for her fine motor skills, right?

If I had to make this again, I would make it even bigger, she won’t be able to wear this long. And I would have made the effort to run to the fabric store to get matching bias tape. The teal is cute, but it would have been much cuter with a perfectly coordinated color, or maybe that is just the OCD in me talking. 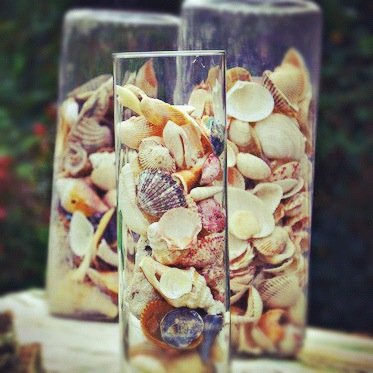 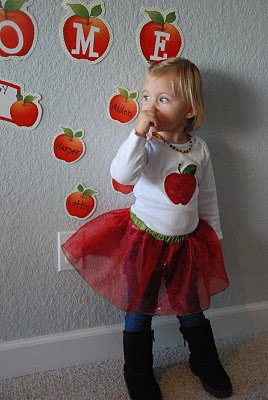 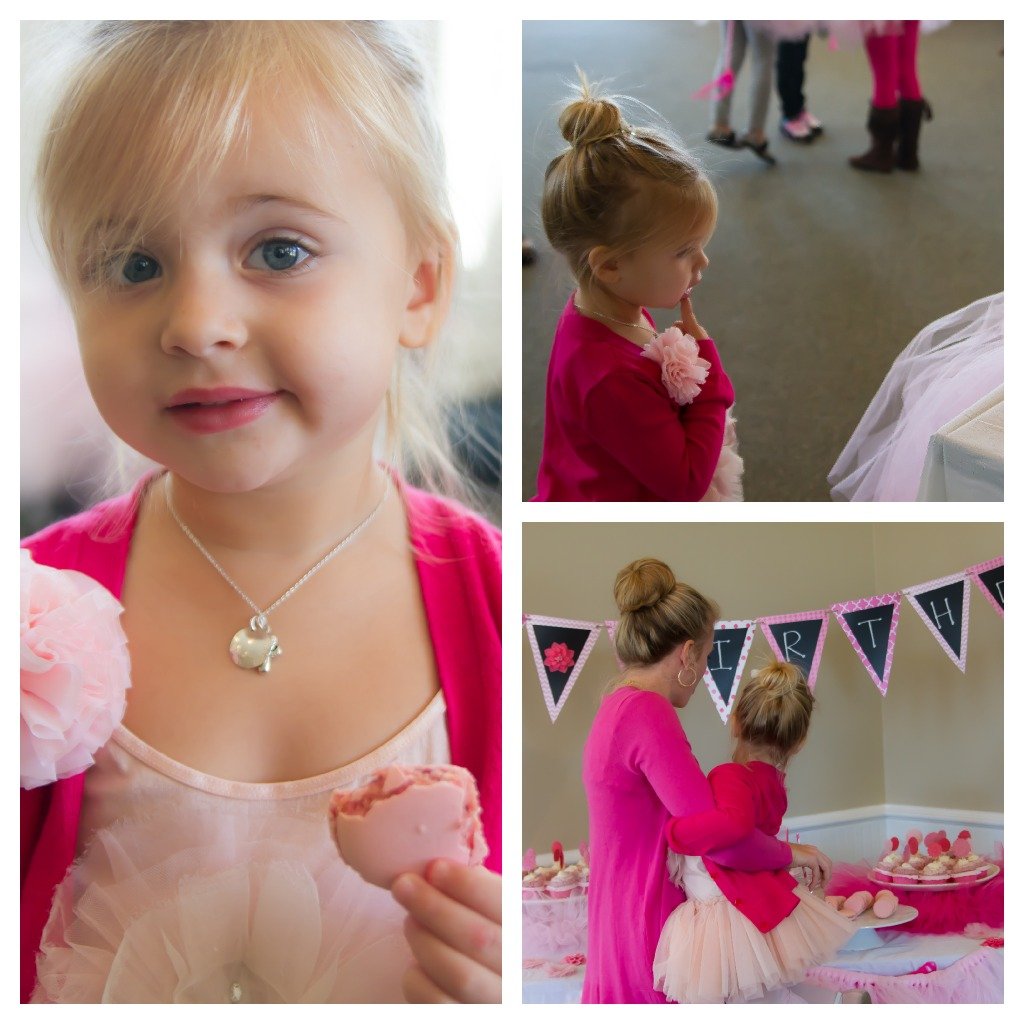